Stay connected and get all the latest

Woo-hoo! I am pleased that this article about the dramatic turnaround at NYU Langone Medical Center that I co-authored with Doug Wilson and Nathaniel Foote is a finalist for a prestigious the American Society of Business Publication Editors Azbee Awards of Excellence. Among the lessons is that clear, transparent metrics and deep humanity can turn an aspirational vision for transformation into an inspirational reality. for We’ll hear later this spring. Fingers crossed!

Here is a brief excerpt. I invite you to read and share the entire article.

“The dramatic turnaround engineered by Grossman offers lessons for any manager seeking to overcome chronic underperformance. Confronting an entrenched, entitled workforce — the tenured faculty in an academic medical center — he and his team succeeded in raising performance standards throughout the enterprise, while simultaneously increasing commitment levels. The result has been significant improvements across key financial, performance, regulatory, and quality indicators:

• From an operating loss in 2007 of US$120 million, NYU Langone now earns an operating margin of 10 percent and is investing heavily in infrastructure, equipment, and people. A new building that includes a children’s hospital is currently under construction. The institution continues to expand its ambulatory care for patients in the greater New York City area. Since 2007, the faculty group practice has grown from 600 to 2,700 physicians at more than 150 different locations, and overall revenues have more than tripled.

• NYU Langone now consistently receives five stars for overall performance and is ranked by U.S. News & World Report as one of the 10 best hospitals in the U.S.

• The medical school has risen in U.S. News and World Report’s rankings from 34 to 11 in seven years — one of the more rapid increases in the magazine’s history.

• Research grant funding from the National Institutes of Health (NIH) rose from $122 million in 2008 to $189 million in 2016, despite NIH funding remaining virtually flat nationally.” 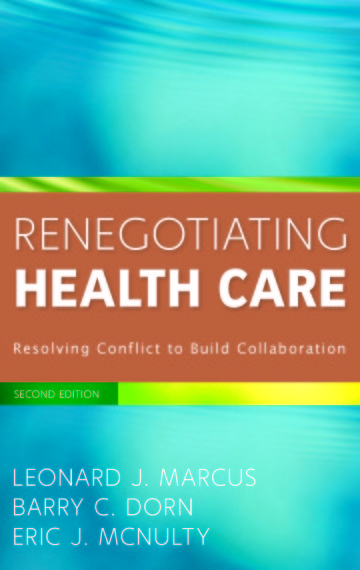 What is the one given in heath care today? The system — and everyone and everything in it — is being…

This website and/or its third-party tools use cookies, which are necessary to its functioning and required to achieve the purposes listed in the cookie policy. If you want to know more or withdraw your consent to all or some of the cookies, please refer to the cookie policy. By closing this banner, scrolling this page, clicking a link, or continuing otherwise to browse, you agree to the use of cookies.AcceptRead more